A message I posted in January while still in NYC and working out my next steps. It got me some advice, but not actual boat leads. My plan changed and I returned to LA, leaving the country from there. [Now we head into April and I am still on the lookout for boats.] 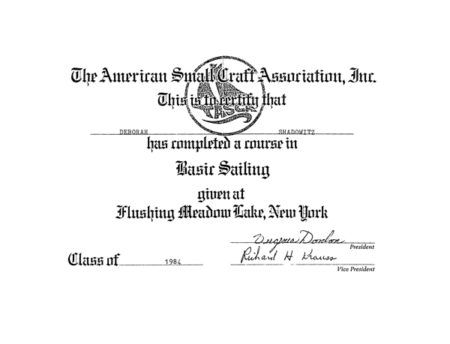 My name is Deborah and I don’t own a yacht but I’m on a quest to sail in the next months if people will allow me to come on board and contribute.

A few months ago I learned I needed to give my rented LA condo back to my landlord to live in. It was the opening I’d wanted to travel again. (When I lost a great apt in my 20s I hit the road and backpacked about ½ the world by myself for a few years.) This time I want to get to know the Caribbean, Panama, and South America.

Ideally, I’d like to go down to Florida and join a yacht there to start sailing. Alternately, I thought to fly to Puerto Rico or Nassau. I want to get to know the islands so I’m good with landing and living a bit before sailing on. (One catch: I have to wait 3 weeks to get my renewed passport before I can enter another country.)

I know to check out yacht clubs, harbors/moorings as I travel but if I can get to know people here and through introductions, that would be so much nicer. I loved visiting yacht clubs as I traveled but doing it with a great want of a ride wreaks of desperation and is a job rather than a nice walk with a great view and the sounds of masts in the air.

I am bright, I figure things out well, I listen to instructions. I can cook. I respect the sanctity of marriage and am not looking to snag a millionaire boat owner. And I’m good with Macintosh and tech stuff. (I find Windows frustrating but can still help.)

Do yachts have internet access? (I need to keep working as I travel.)

I learned to sail and got Red Cross certification at the old NYC Worlds Fair grounds in 1984, with a group called TASCA. Helped on friends yacht on Long Island Sound a bit. In 1986 I took a course in the Isle of Wight (UK). I was a greeter for the Sydney-Hobart race New Year’s Eve going into 1987 and was the cook going up most of the way to Sydney afterward but didn’t really get to sail for years. Then I joined Single Mariners in Marina del Rey in 2002, built them a heck of a website and created a business card and grew the group well and was elected Commodore while out of town. I did a bit of sailing elsewhere, like an easy day barely helping on Lake Travis, Austin but it really doesn’t count as doing any crewing. Oh, went out of San Diego a few years back going into the ocean in winter rain. That was an interesting day of tacking around military vessels! It was also the day I learned the value of gloves (which I didn’t have).