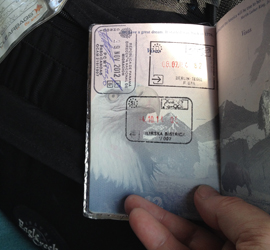 Every so often someone asks me how many countries I have been to. I usually reply that it’s easier to name the places I have not been.

That’s why I love a map that lets you list your visited countries or places. The flaw with country counting though is that you may have been to just one town or city and the entire country gets marked. That’s always inaccurate, but when it comes to the USA, China, Russia, Canada, etc it is egregious. I certainly haven’t been to all of Alaska either!  So note that this map says, “has visited.”

(And for those of you thinking I shouldn’t post my passport stamps, I played with it in Photoshop so there isn’t any valid info to be read.)

And remember, if you’re playing the country counting game, you’re not necessarily experiencing the counties.

Update since I created this map in early 2015: Jordan is now listed as I was there in 2015 but I was really only there for a day, traveling from the border at Eilat, Israel to Petra and back. In 2017, I added Slovakia and Czech Republic (Czechia). In 2018 I also added Cyprus. 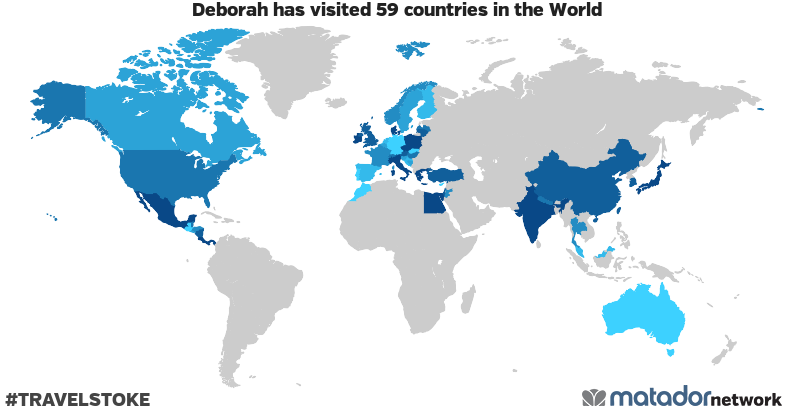