When I decided to go to Croatia it was because of the coast along the Adriatic Sea and its many islands. I wasn’t even aware that one of the most amazing places in the world — a park full of waterfalls — was an hour or two inland, far from the coast. Then someone back home asked me in an email if I was going there. I looked at some photos. Wow! I sure wanted to get there — but it didn’t look easy to get to by public transportation.

And then… I got really lucky! The two guys with a rental car that I was tagging along with announced that they were going there. To Plitvice! Perfect!

Imagine walking through lush greenery and seeing waterfall after waterfall with each step and each turn of your head!
That’s Plitvice! It’s a waterfalls park!

Then we examined the very large map in the parking lot to decide which of the walks we would do. There are several options and as I recall, the estimated time it takes for each is given.

One of the possible routes through Plitvice’s waterfalls. 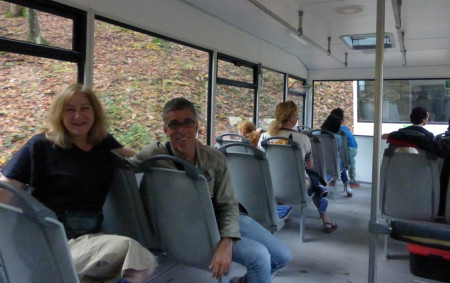 The tram to our selected starting point.

Then our visit started with a walk from the parking lot to a tram. The tram took us to the start of our walk — the start of the paths through the waterfalls. 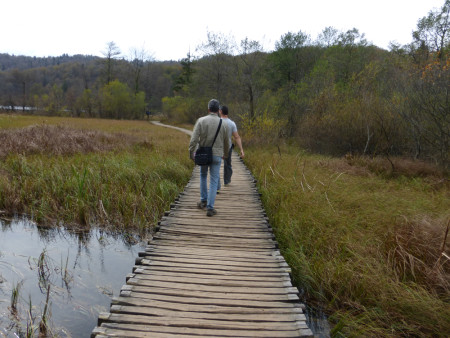 Starting our walk into the magic of Plitvice’s waterfalls.

We walked just a little bit before we were under the Plitvice waterfalls spell.

And then the magic… 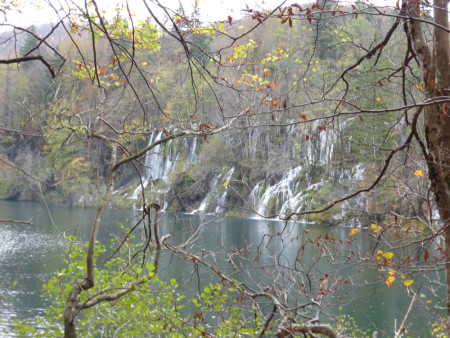 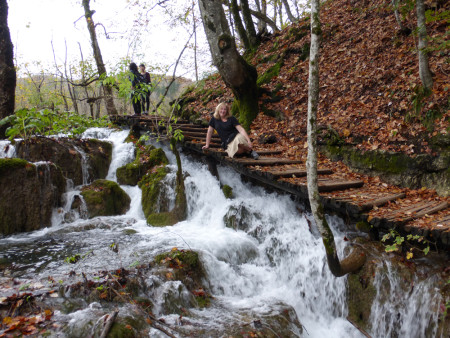 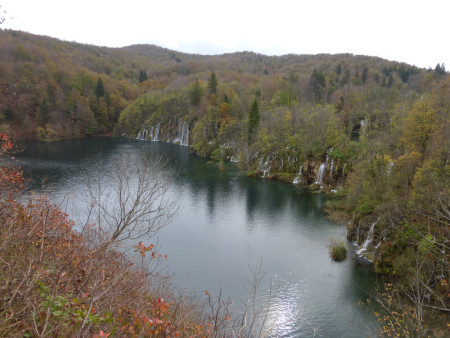 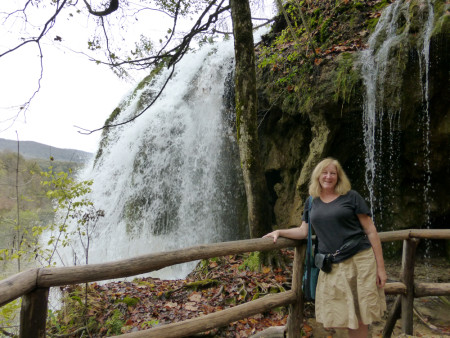 At some point, we took a boat. Then we continued into yet more magnificent waterfalls. These last shots are the ones commonly shown when people display images of Plitvice. 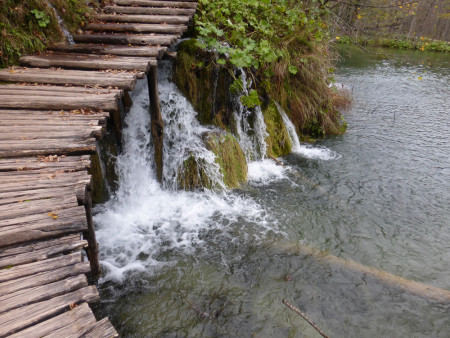 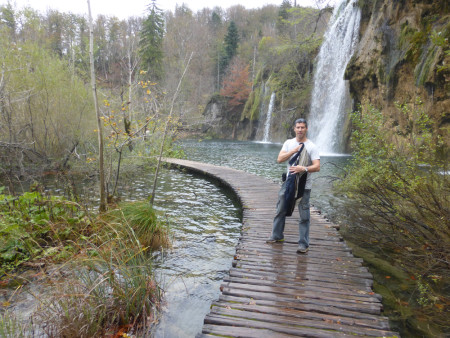 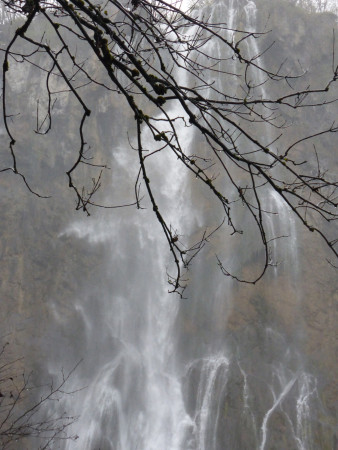 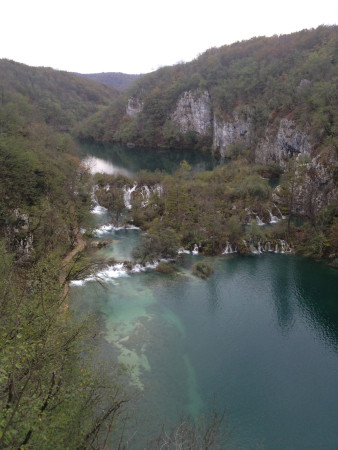 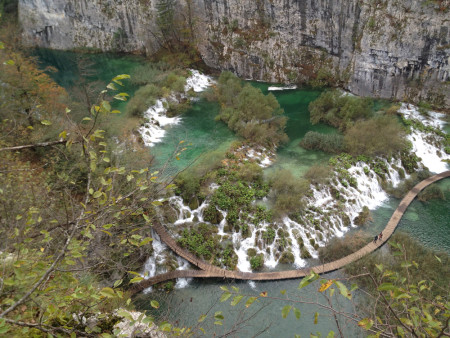 As we were enjoying waterfall after waterfall, we realized the day had passed and we were coming close to the time of the last tram of the day!

When we reached the end of our selected walk, we were happy to see others waiting for the tram. We were all nervous as it was not coming, but luckily, we didn’t miss it! This is me with the tram at 18:06, aka 6:06pm. We had enjoyed the park for about 5 or 5.5 hours. 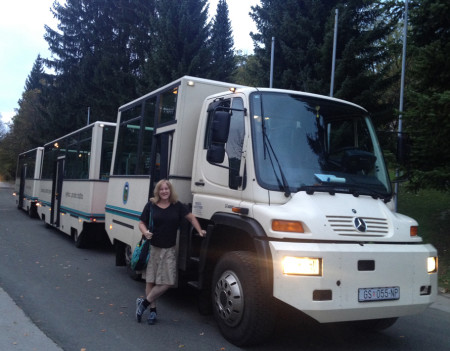 In 1979 Plitvice was included in UNESCO’s World Heritage of Cultural and Natural listing.

Each link will open in a new tab/window so you can enjoy the resources and not lose my travel site.

Where to stay when visiting Plitvice Waterfalls Park in Croatia

Getting us there was the guys’ job. My first assignment with them was to find us a place to sleep as we arrived in the Plitvice area fairly late in the evening. 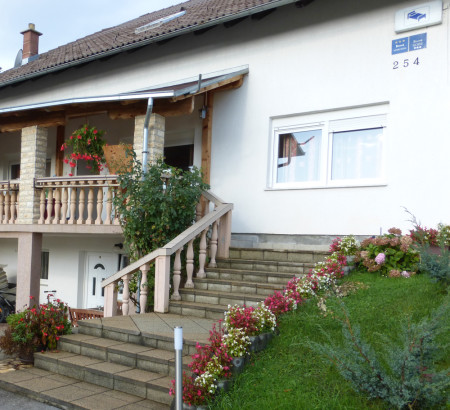 I found Apartment Sara Plitvice on hostelbookers and a couple of other sites, then found their direct number to inquire and book.

(I don’t book through those booking cartels due to the huge amount of money they take; your “deposit” never gets to the renter.)

We loved Apartment Sara Plitvice. We had a guest room that we entered from the side of the house. Quite nice. Great owners.

There are many small guest houses around the area. This is not a hotel/resort type of area.

We got lucky with dinner too. We were not carrying food and we were very hungry! There was a restaurant just a few steps away — Restaran Plitvicka vela — and we got there as it was closing. Fortunately, the staff allowed us to come in and eat.