[updated Feb 13, 2015]
Every now and then I come across a song that exudes the sprit of travel, puts words to the song of the travelers soul, or just fits a traveling mood. 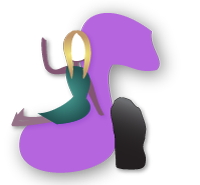 Last night, May 17, 2014, in a house concert in Austin, Texas, USA, I heard another song like that and realized I wanted to start sharing these songs. So here’s my ongoing blog entry of best travel spirit songs. I’ll add to it from time to time. And if you meet me on the road, you’ll know these are on my iPod.

I am opting, for the time-being, to not embed performances on this page as I don’t want to slow the page down.

by Brenda Freed & JB Braden, performed by Him & Her

This is the song that got me wanting to share my list. I was staying in a home in Austin, Texas and on this evening, a live house concert was happening in the living room. I needed to work, so my plan was to enjoy the music as background. But hearing this, I found myself out there watching Brenda perform it.

She didn’t write it about literally getting up and traveling, but it captures the spirit of traveling through life — and why some folks choose to actually board that train.

The City of New Orleans

This isn’t about travelers, but it’s surely about the type of experience you can have riding trains and busses around the country or world. It brings the old trains alive. It also reminds me of my long train ride out of Beijing or a couple of train rides in India.

I haven’t found an Arlo performance of it to share, but here is a recording of it on YouTube.

Life Is A Highway

Yep, I picked this up from the original Cars movie — as soon as I heard it! The next day I was on iTunes laying down my 99 cents.

The ultimate get-away song! You can’t not love listening to it.
It’s also a great sailing song.

Knee Deep lyrics on their official site
It’s on the album You Get What You Give, 2010
You can hear Knee Deep in full on their YouTube video. (I hope the video doesn’t ruin it for you. I sure dislike the start and imagery.)

Looking For My Life

This is on his Brainwashed album, written as he knew he was dying from brain cancer. It’s actually about reflecting upon his life and direction.  My takeaway is that we should live a true life. And, for me at least, seeing life across cultures, financial levels and so much more put me in touch with the essence of life.

Yes, this is too easy and too obvious. But whether we admit it or not, we all crave our cheeseburger at some time during our travel. And besides, if I don’t list this song, someone is bound to comment that I missed it.

Maybe the entire Meet Me in Margaritaville album belongs on this list.

Well, it bears its on listing. Change your latitude and you change your attitude.

It’s all over YouTube. I tried to find the official release but can’t. Here’s a version you can hear without video so you get to keep your own imagery.

First released in 1985, this song is still timeless.

You can see a good live official performance of it here on YouTube.

This Seat’s Been Taken

You can hear it here at Last.fm

Just ’cause it’s about clearing your head and I love R.E.M.

by The Third Rail

Released as a 45 RPM single by Epic Records in 1967, this is a great song about the running around we do in life — and it’s still valid today.

Listen to a digitized recording of the 45 on YouTube.

Anything Can Happen (from Marry Poppins)

Need some strength to get out there? I have the London Cast Recording and always enjoy it.

Who I Was Born to Be

On a more serious but inspiring note, and especially if you’re thinking of travel to run away.

Here’s a recording on YouTube that contains the lyrics.

[That’s it for now. I’ll add more as I have time and am reminded of them. Feel free to suggest some.]