There is a beautiful greenway and walkway being developed along the coastline of Panama City. Four of us from Los Mostros hostel had lunch at the Mercedo de Marisco (Seafood Market), then walked along the coast to the old city. 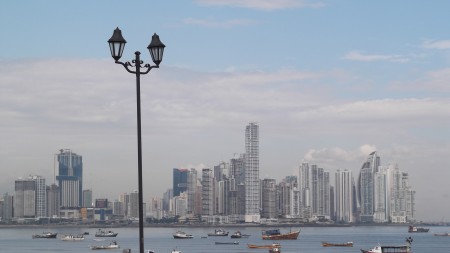 A small part of the Panama City coastline’s skyline.

At the Mercedo de Marisco. Those new buildings are to the left. The old city is to the right.

As we paused to take this next photo, a man stopped and said,
“Thank you for coming to my Panama.”
This was the second time someone had said that to me and I loved it. 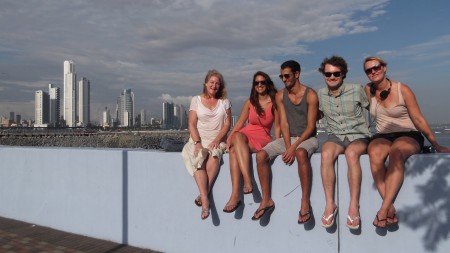 With some fellow travelers, in front of the ever-changing Panama City coastline.
After this photo, two of the city’s very polite policemen told us that, understandably, we are not permitted on the wall.

I wanted to ask him to be in the photo with us but at the same time, my friends were asking a couple of other traveler women to take the photo so things got confusing. At the same time, Miranda (right) saw us and asked Michael (white shoes) to take a photo of her in the same place. So he did, but we had her join us too. Then us four, Miranda, and the other two women all walked together. We lost them too soon as they had friends to meet. We got to have Miranda until it got dark and we needed to get Michael back to Los Mostros so he could catch his night bus. 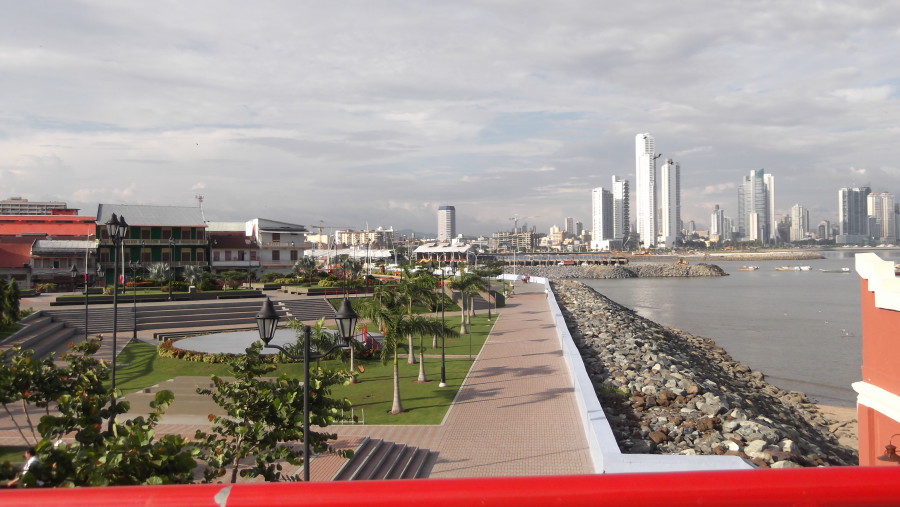 Now you see the wall on which we were sitting.

More photos coming here as I have time.