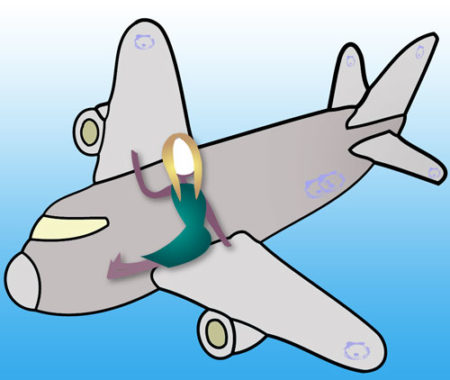 I love being in Israel, but don’t love using up all of my miles to get here from the States. Plus, the travel downside of living in sunny Los Angeles is that it costs so much to fly to Europe and further east. You may have guessed that I don’t intend to stop traveling anytime soon. So, of course, I looked for ways to cut the cost, both in miles and/or in cash.

Knowing people who seem to fly between Europe and Israel like it’s nothing, I looked into prices and learned that it’s quite low-cost to fly between Europe and Israel now, thanks to the several new lost-cost airlines now coming into Israel. (I flew Ryan Air for €36 or $86 including paying extra for the luggage and early boarding, friends pay €60 from Eastern Europe, etc.) This is great because so many more people get to see the greatness of Israel for themselves rather than believe the media. But it’s also great for a traveler who has time to explore or enjoy the world en route between the US and Israel!

Then a friend told me she was getting married in Cyprus.
And then someone in a digital nomads group recommended Cyprus to someone.

I looked into it. As always, this included looking closely at the airport tax fees I’d pay if I used my American Airlines miles. Then I looked at what Cyprus has to offer, especially in its coldest winter months, and I looked into accommodations there. Finally, I looked to see if the flight schedules would work well together for me. This was a bit of a glitch because I’d be spending a lot of time in an en route airport. However, I decided I’m ok with that. I look at that time as being time to write. (If you haven’t noticed, I’m far behind in sharing my travels with you here so catch-up time is always welcome.)

So a combination of three airlines will bring me to my next adventure — Cyprus and then “home” for a while. First, I’m taking advantage of a €9.99 Ryan Air sale. Then American Airlines, with the help of its OneWorld Alliance partner, British Airways, will once again carry me home. Three airlines I am happy to fly.

This saves many of my miles for future adventures and only cost me $108.64 in cash. Cash, which equals miles more miles. As I have stated many times in my life, I am an American Airlines fan. I am also an American AAdvantage fan. Also, those paying with an AAdvantage credit card enjoy benefits such as luggage, priority boarding, and insurance.

This isn’t about “travel hacking” and it’s not playing games with airlines. The miles required from Cyprus are simply quite different from those from Israel. And frankly, most people won’t give up part of their time in country “x” to stop and stay in country “y” en route. This just works because I am willing to take the time to stop in another place. It works because, for me, the travel is about experiencing places. This works because I work as I am traveling and don’t have a time constraint.

Would I spend days or a week or weeks in Cyprus en route to Israel if I only had 2 or 3 weeks holiday? That answer would be no. Israel itself requires a minimum of 3 weeks to see, get to know a bit, and experience.

But if you’ve got the time, this is an example of how you can travel very affordably on a budget that’s likely lower than you’d ever expect.