Skip to content
Home » All of Deb’s tales of travel and tech » Deb's Travels » Departure day: flying to Poland!

In an inexpensive hotel close to LAX, my friend Mark’s alarm went off at 4:15am, maybe 4 hours after he’d set it. (This great friend came a long way to help me depart.)

The day before had been a full day that involved going to Orange County to record an in-person segment of Computer Talk Radio and turn over some of my computer equipment as well as items for review. This didn’t leave much time to actually sleep — and this was flight day.

I was on my way out of the USA again. Destination: Poland and Eastern Europe. Countries and places to visit to be determined, as always. I knew only that I would go to the birthplaces of at least two of my grandparents.

Fifteen minutes later, having given Mark some personal time and space, I opened my eyes and arose.

Time to get to the airport

I stuffed my last items into my backpack. It was way too full; a packing error as a result of living out of my car trunk as well as my backpack. I hated having to unzip the expansion. But I’d have to deal with that later, give away a bunch of items as I travel.

Mark dropped me off at the airport. Time to fly!

This trip was made possible by American Advantage, the American Airline frequent flier program. I joined as I was finishing up my first world-travel trip of three years. 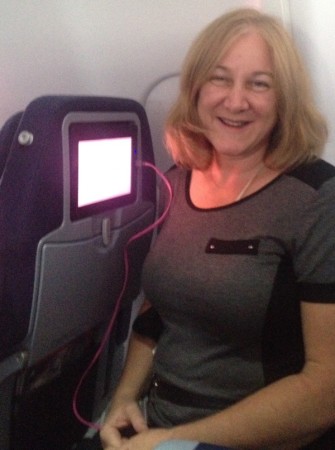 Me on Air Berlin.

Flying British Airways had been my first option but when the airport taxes shocked me, the  American Advantage customer service woman kindly worked out this alternative, saving me $93!

I am always impressed by  American Advantage customer service. 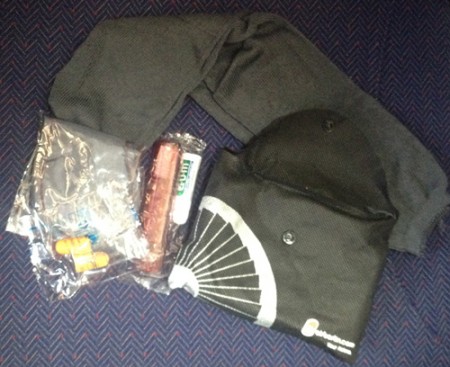 I was also impressed by Air Berlin. I fly coach and can’t remember the last decade in which I was given any amenities. Air Berlin handed all of us this nice kit.

They were generous with food and drinks as well.

(I still recall being yelled at by an airline on a NY to London flight in the ’80s because I asked for a 2nd half-cup of water while the beverage cart was still next to me.)

And the flight staff was informative and kind. (So was the American Airlines staff on my first flight.)

For those of you who have never flown and wonder what it’s like, here is a video I shot with my iPhone as we took flight.

The sound of the engines and the feeling of becoming airborne is, to me, one of the most amazing, miraculous sounds in the world. 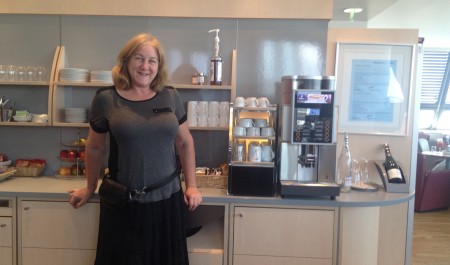 When I landed in Berlin, I had many hours to wait before my next flight to Warsaw because I didn’t want to risk missing the very closely-timed flight.

I happily spent that time in the lounge that KLM shares with Air Berlin. I enjoyed working and napping and their comfy couches.

I loved the plentiful, great food and coffee. And the staff was terrific.

Eventually, it was time for my final flight: a short flight on a small Air Berlin plane. The would be a terrific, generous CouchSurfing host waiting for me at the Warsaw airport arrivals gate. He’d be holding a sign with my name on it.

My departure from the USA was complete. I was on my way to new adventures.