My friend Moorie turned 11 a week or two ago, before I met him. Today was his birthday party. His first. Birthday parties aren’t common on Roatan.

I went shopping with his aunt last Friday to buy the stuff for the party. A piñata and the candy to fill it, plastic goodie bags and the candy to fill them, and $100 in groceries to cook the spaghetti, rice and chicken and bake some cakes and serve ice cream cones. And to have plastic plates and cups. The first thing I learned about birthday parties in Roatan: they didn’t appear to be very different from American parties and that the food and prep was about the same. And on Roatan, they cost about as much. (The soda was purchased later.)

The actual party was very different from any middle or immigrant class party in NY or LA though. It wasn’t held in a birthday party center, or a fancy green park or beach. There are plenty of great park areas and beaches here. However, getting myriad family members there as well as friends becomes a project. (Travel is either by taxi or by rare bus if overland, or by boat or a taxi boat. Gas is $6/gallon and a family weighs a boat down.) So this party was held close to home, on the property of a family member. Oh! A party in a back yard — it is like a typical American party!

The birthday boy carried plastic tables and chairs outside. I believe he’d also cleaned the property. Some of us blew up balloons. OK, a difference — we use ribbon, they used fishing line. The stereo was set up outside. Then my friend arrived with the food. OK, another difference — that arrival was by boat.

The games were variations of circle games. None required sitting on the ground. The ground in this yard was unpaved but that may have been moot: most of the kids are older than Duck, Duck, Goose age. I would have suggested Indian Chief though, time permitting. Does that game still go by that name? I don’t know if piñatas are popular across the United States now. They are fairly common in Los Angeles, I believe. This one was fun. Both kids and adults had fun trying to hit the piñata as an uncle kept it jumping to keep things tricky for the 10 and up crowd. 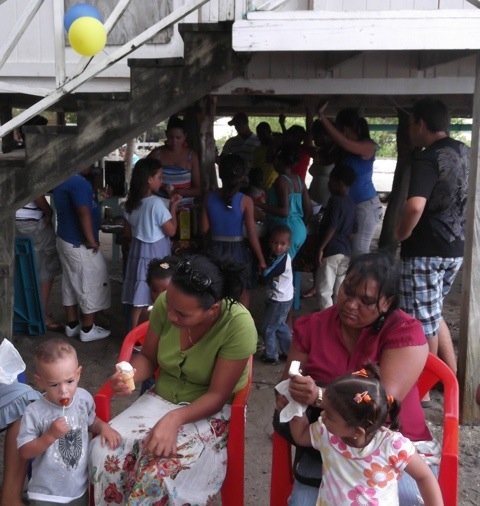 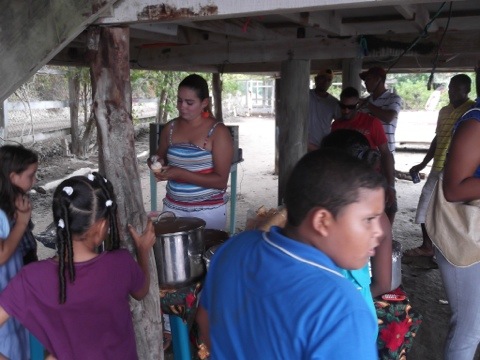 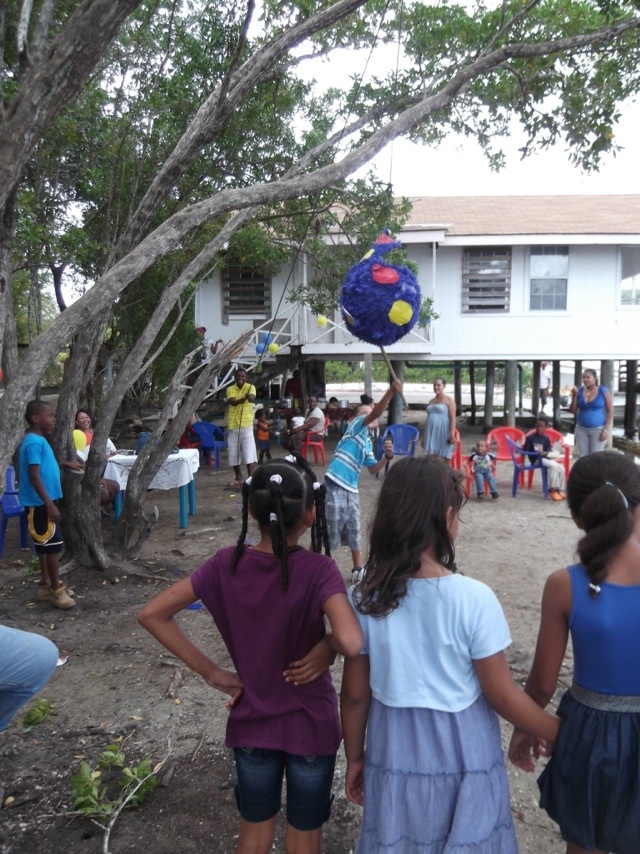 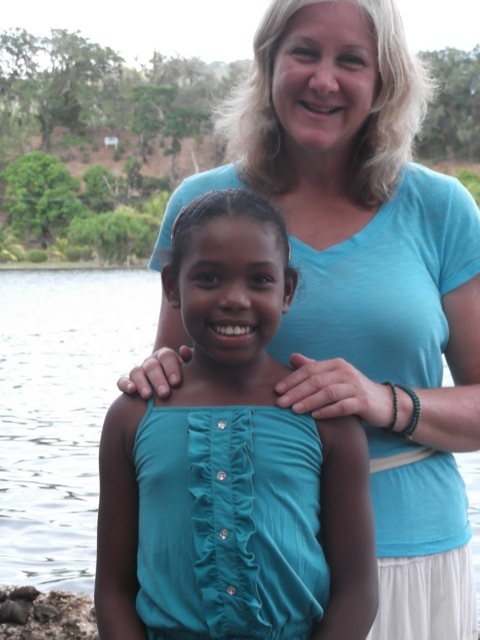 As darkness began to fall everyone headed home, preferring not to make the walks with young children in the dark.