Skip to content
Home » All of Deb’s tales of travel and tech » Area » Europe » Vicki and son Ben: Tarragona

This is another installment of Vicki B &10-year-old Ben on the road.
Tarragona, Spain
by Vicki Baublitz 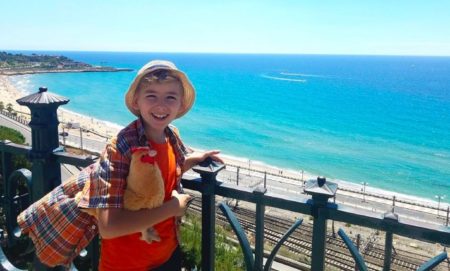 After breakfast, we walked a few blocks and suddenly saw this.

So now I’m sitting on Ben’s shirt, in the shade of the lifeguard’s stand, while he’s swimming.

The photo doesn’t do it justice.

The water is clear and sparkling and the most amazing shades of turquoise. 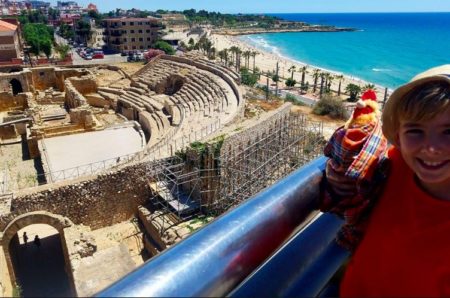 Roman ruins by the sea

Beside the sea is this ancient Roman ruins.

When you’re only ten, a thousand years has no meaning.