Day two of my third over-50 travel adventures. 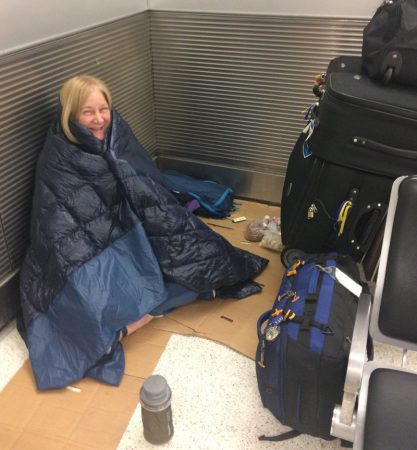 Trying to keep from shivering in the freezing AC. In my “bed” in Miami. HydraPack for water. EagleCreek Hauler backpack and other people’s luggage as a wall.

1am in Miami:
Greetings from my corner of a group encampment in Miami International Airport, post-Hurricane Irma. But I am not stranded because of the hurricane.

This day that should end with me enjoying sunny Italy is going to end right here where it started and also ended yesterday. Have I mentioned that travel isn’t always glorious?

Two days after I made my reservation with American Airlines to fly AA and then its One World partner Air Berlin, Air Berlin announced that due to loss of a funding partner it was broke and in Receivership. The German government stepped in so they could honor their bookings. I trusted they would. I didn’t receive an alert to the contrary.

It’s true that yesterday MIA wasn’t at full speed but other airlines are here, flying and doing their best. 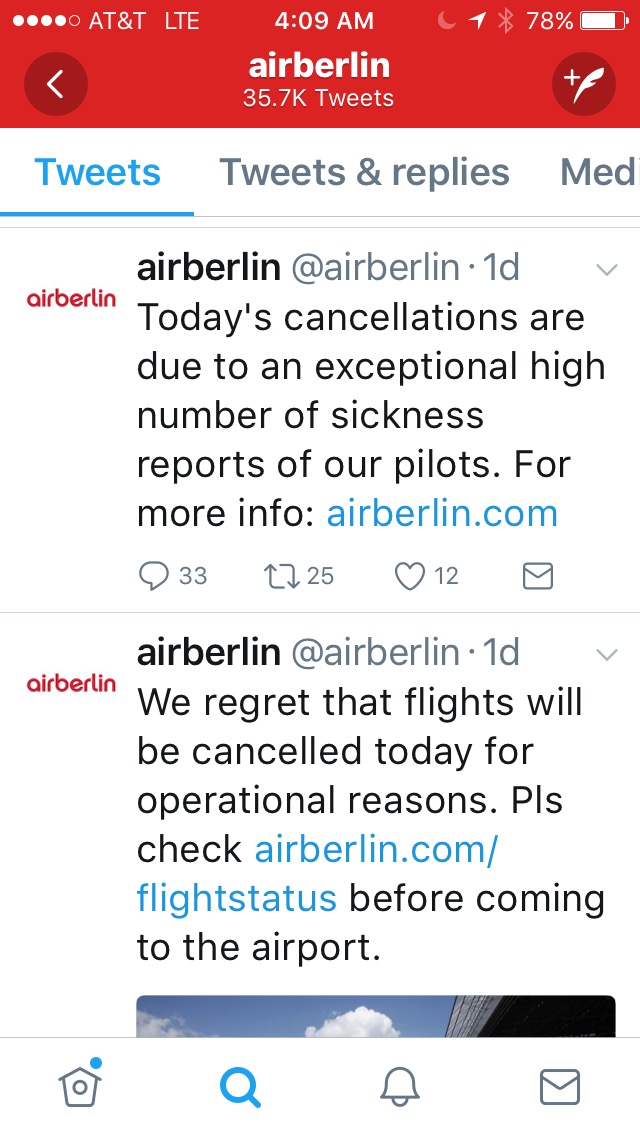 Air Berlin is putting out general tweets that are not Miami specific. This is about the company going under and flight staff, I hate to say it but seemingly having no honor.

Are the staff no longer being paid? Are they out looking for new jobs?

Before I flew I was told via Direct Tweet that they intended to fly yesterday but they didn’t. So why aren’t they flying today? They claim they will fly tomorrow — and all I can do is pray that they keep their word.

Meanwhile, MIA is my home.

This is not a fun adventure. There is no upside. I am angry and frustrated. And cold.

I love travel — but not this.

Silver Lining: I met really nice women that I hung out with for the duration.

Update: Stranded no more! Somehow it became evident to American Airlines that Air Berlin staff is on strike and there was a good possibility that I’d be stuck in MIA indefinitely. I am en route via 3 new airports. It was such a relief and so joyous to feel the plane leave the ground of Miami and then land in NYC. Italy, here I come! (Tomorrow.)

One thought on “Stranded in an airport”