On this warm, sunny Jerusalem day, my friend Debora and I took a walk to the King David Hotel area, leaving home a little after noon. 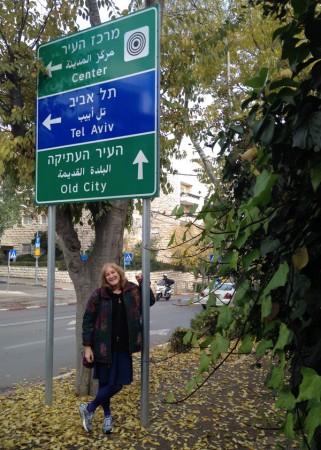 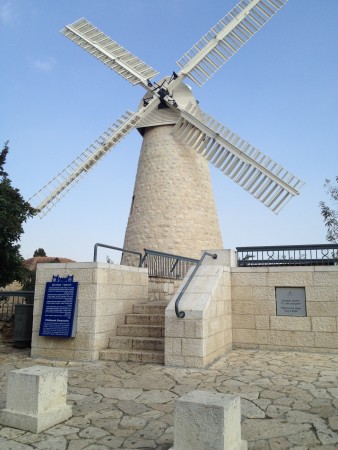 At the intersection of these two streets stands this British windmill.

The plaque on the right says:
Observation Point “Guy’s Hope.”

The blue plaque says:
Mishkenot Sheananim
This was the first Jewish neighborhood built outside the walls of the old city of Jerusalem (1860). It was successfully defended by the Haganah during the disturbances of 1929, 1936-1939 and during the War of Independence. Its strategic location greatly enhanced the Eastern defences of the city. 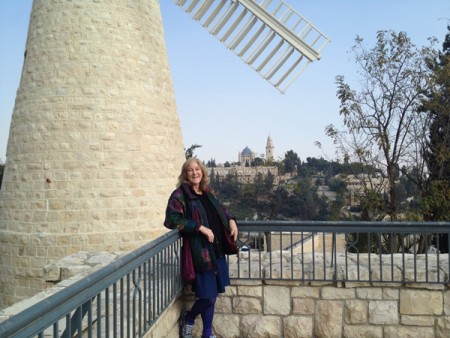 As it is on hill-top, behind it is a beautiful vista created in part by the many hills in the distance. This photo doesn’t do it justice.

I even loved the mailboxes in the parking lot!

I have never seen round ones before so I had Debora take a photo for me.

Actually, I also had her take this photo for me to give my friend Dave, who collects photos of post offices. I have been sending him photos throughout my travels. 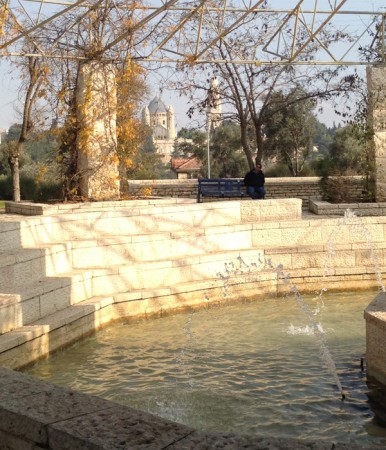 Continuing past an unimpressive fountain that still sported a great view…

after a very short walk we arrived at our destination, the King David Hotel.

The King David hotel in Jerusalem

I’ve been in the King David hotel before and love this hotel’s varied decor. The various rooms such as the reading room, the bar room, and this lobby room each reflects one of the hotel’s periods. I just had to bring Debora there. There were events happening in some of the rooms so after walking around for a while, we enjoyed sitting in the lobby for a while. 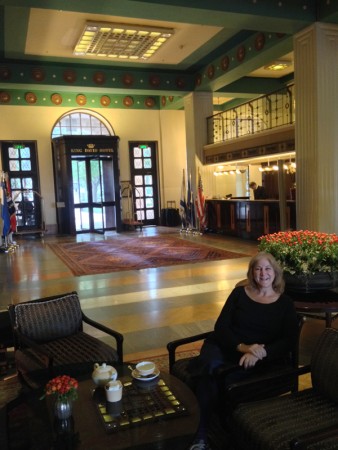 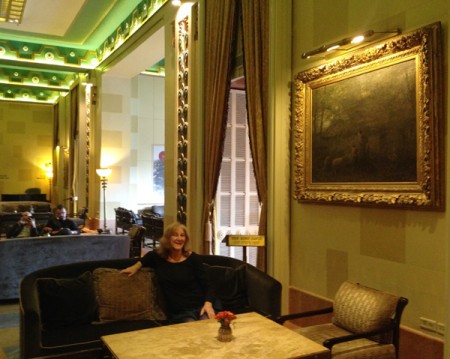 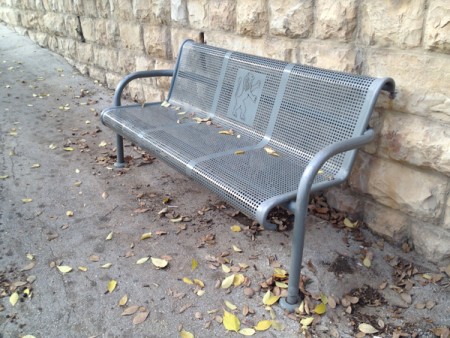 And another thing I love about Jerusalem is that there are nice clean benches on the streets so people can sit and rest or visit with one another. The logo on this bench is that of Jerusalem.

From here we headed home while the sun was still out. The moon was in the still-light sky as we approached our apartment at 4:00pm.

A note about the photos of me:
As I saw scenes I liked, I took photos of my friend Debora. I composed the photos and shot them, then showed her how I did it. We then traded places and she shot the same photos of me. She was great about taking it just how I wanted it. It’s always frustrating to take the time to compose a good photo of someone and then, asking the person to shoot one of me, have them shoot without thinking. I have quite the collection of fuzzy photos or pictures of me in some awkward moment. Debora was happy to have good photos and so was I!