Skip to content
Home » All of Deb’s tales of travel and tech » Area » Baltics » Hill of the Crosses, Lithuania

As I was nearing my first stay in Lithuania I started reading about things to see there and the Hill of the Crosses in Šiauliai (show-leh) was mentioned. “Crosses,” I thought “are definitely not this Jewish girl’s thing.” But the story of the hill is a testament to humanity and of faith, and that interested me. 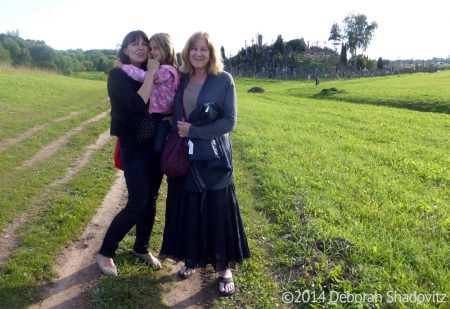 Deborah Shadovitz and hostess at Hill of the Crosses, Lithuania

For those of you following my travels, there were two other factors in my seeing the hill.

One was a woman named Gabi who told me I’d love her great hostess there. The other was Esther Snippe, a world traveling friend who wrote me on Facebook to tell me that if I was in Lithuania, I had to get to Riga (the capital of Latvia). As it turned out, buses from Lithuania to Riga go through Šiauliai.My visit was meant to be.

My visit was meant to be.

The story of the Hill of the Crosses

The people of Šiauliai and Lithuania had been putting crosses on this hill since approximately 1831 as a memorial to people who died rebelling unsuccessfully against a Czar of the Russian Empire of the time. Lithuania held strong about keeping its cultures despite the Czar’s attempts and (sort of) declared its independence again in 1918. Then came another Russian occupation, the Soviets (USSR) in 1944. This occupation lasted through 1990. In an effort to erase the Lithuanian identity (as well as suppress religion, I suppose) the Soviets bulldozed the crosses — a few times. But each time, people brought more crosses. Lithuania stayed strong.

On my second day in Šiauliai, my hostess, Sigita, took me to the hill. We had the honor of having her granddaugher Upė with us as well.

When I told Sigita that I didn’t expect her to take me to the hill because she must be tired of going these with all of her guests, I loved her answer. She loves taking people to the Hill of the Crosses, she said, because she loves their stories of why they want to go there and she loves their reactions to it. She then told me several of the stories of why people came there. felt I could write a book just about her stories of her guests’ visits to the hill. Sigita is an amazing hostess with a terrific spirit.

The day we went, Sigita’s car was in the shop so we traveled there by bus. (The hill is actually 11k from the city center.) From the bus, we walked. And as we walked, we came upon the amazing sight.  At least, I thought it was amazing…

The path to the Hill of the Crosses off the 4033, the road from Šiauliai.

It’s common to see a wedding party taking photos along this path up close to the hill. Couples bring a cross before they wed.

My walk through the crosses The walkway through the Hill of the Crosses

The Hill of the Crosses takes you by surprise — but it also doesn’t. As you approach, you see an area full of crosses. But you have no idea just what lies ahead.

To say you walk a wooden path through the crosses fails to do it justice. This is not like walking a path through a field of flowers or a forest. Flowers and trees each spring from the ground and each has its own space. The first crosses there may have been like that, but since that time, so many more crosses have been placed between or atop, that there are dense layers — quite a sight to behold.

For many Christians, I am sure this is an overwhelming religious experience. As a Jew, I didn’t experience that. But I still felt something. Perhaps the feeling of people’s spirit triumphant against the dictators who sought to conquer their spirit. 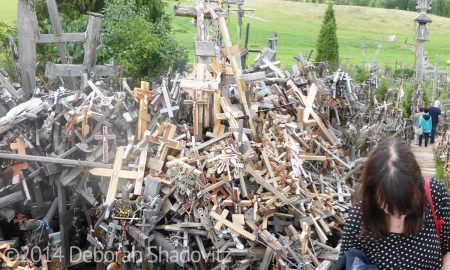 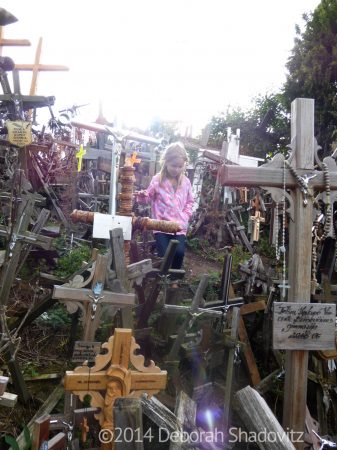 Only a brilliant and determined child, such as Upė, can find her way into this amazing field of crosses.

Each cross here has a story behind it.
Each is a person’s story or a family’s story.

On the other side of the hill is a beautiful field and eventually a church. We visited the church. 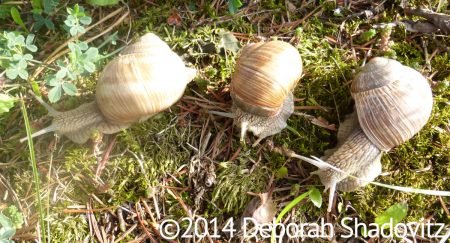 We enjoyed the field and Upė’s keen-eyed discoveries in the leaves, watching snails crawl and gently experiencing a hidden caterpillar. 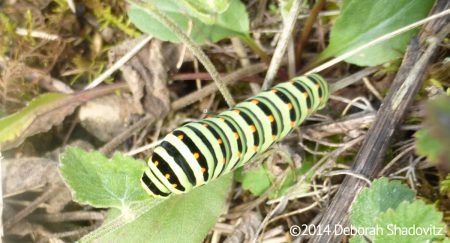 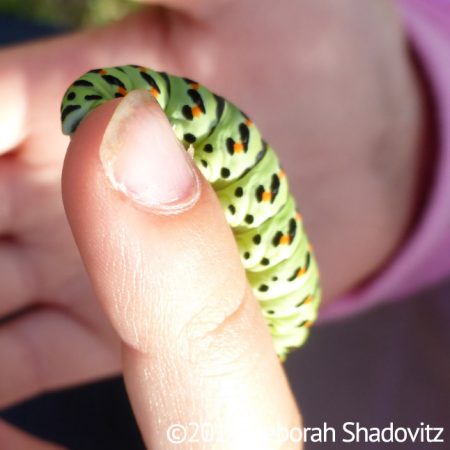 Then we headed back through the crosses again.

It may have been that it was too late for us to find a bus back to Šiauliai, but a nice couple that one of us had something in common with kindly gave us a ride back. It was a perfect day.

I learned some of this about Lithuania as I searched for my family’s history and info about relatives. I learned more as I looked at today’s Jewish situation there. Then I learned more from each of my hosts while there. Some of what I know of the Hill of the Crosses comes from Šiauliai.

I also looked info up online to recall and verify my facts for you. Here are two verifying articles: