I’m visiting a friend in San Pedro, California so tonight…
I got to see Shakespeare By The Sea, an excellent performance of The Winter’s Tale.

I even got to see it at this company’s original location — actually at the sea (actually, the Pacific Ocean) in San Pedro’s Point Fermin Park, just feet away from the Point Fermin Lighthouse.

How’s this for a place to come, walk around, picnic, love the view, and then see a great Shakespeare play performed really well — all for free!

The location is amazing

No reservations required. No ticket to apply for. Just show up.

We brought a tarp, expecting to sit on the grass/ground but we arrived early enough for a bench to be available. We sat somewhere behind this fabulous tree.

The stage and audience as people arrived

A great guy named Mike (who generously cooks weekly for Meals on Wheels) sells food there so as planned, my friend and I each enjoyed his hot pastrami sandwich and chips for $6. (Confession: I had a 2nd at intermission.)

So the play…
Fantastic. Minimal set. Beautiful costuming. Old English but spoken so it was understandable. Drama, comedy, oh-no moments… I was engrossed. Cold in my thin Marmont raincoat, warmer after Vicky bought a souvenir blanket that covered my lap post-intermission, but despite the cold, I was fully engrossed in the happenings on stage. 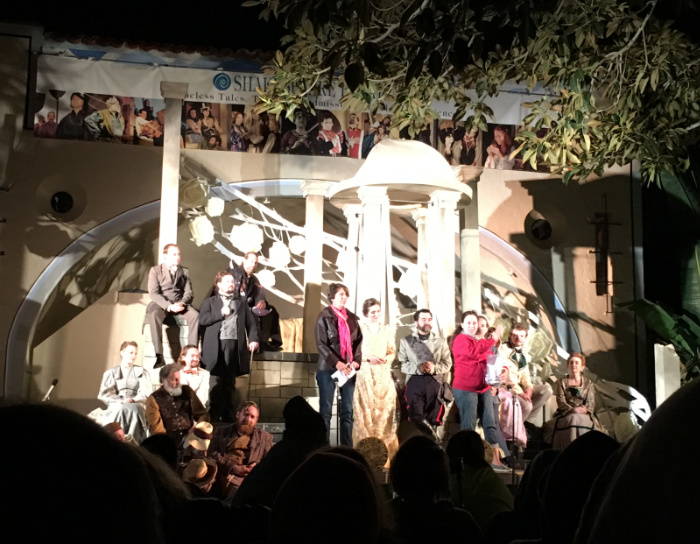 Cast and producers after the performance

I didn’t take photos during the play.

(I wouldn’t think of it at any show but with this one, I particularly had to listen to every word, every moment. No words were wasted.)

So, here’s a photo of the cast and producers taken after the performance. 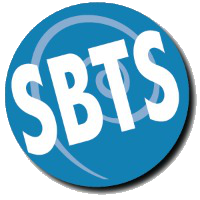 San Pedro, by the way, is a nice place to spend a day if you like a small town area with free parking and great water views.

Just .2 miles (321 meters) up Gaffy Street is the the Korean Friendship Bell, and a tad past that is Fort MacArthur military museum.

The Battleship USS Iowa Museum is here, near Ports O’Call Village. (Ports O’Call is about to be remodeled though, I’m sorry to say.)

Learn more about Shakespeare By The Sea

You can learn more at ShakespeareByTheSea.org.

Tonight was just the 2nd night of the season which runs through August 18, so if you’ll be in the area, you have time to plan.

Shakespeare By The Sea has been running for 21 years (launched in 1998). It’s a Free Summer Festival is open to everyone. Besides Point Fermin Park, it has expanded to play in 23 locations. (It opens and closes in the same location.)

One thought on “Free Shakespeare performances in Southern California”