Day 1 in Prescott, Arizona — February 18, 2014: I arrived in Prescott to clean up and repair a MacBook Air, having already saved it from daily Kernel Panics via phone. How did I end up in Prescott? A client from Beverly Hills has moved here. Day 9 in Prescott, Arizona — February 26, 2014: The woman who’s Mac I just resurrected told Apple techs that her Macintosh was about to be “the most expensive frisbee ever made” because she was ready to throw it against the wall. She’s had an ongoing love-hate relationship with all things Mac (and she’s had 5 of them) and now she’s l-o-v-i-n-g her Mac again! She has give me the title of “Residential Macintosh Intervention Maven.” After I dealt with the software-caused issues and ran diagnostics to assure her that her hardware was not the issue, I embarked on a massive file clean up. As […] 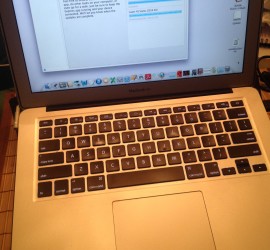