When traveling internationally to places that have other types of power points and plugs, we always have the dilemma of having the right adapter. 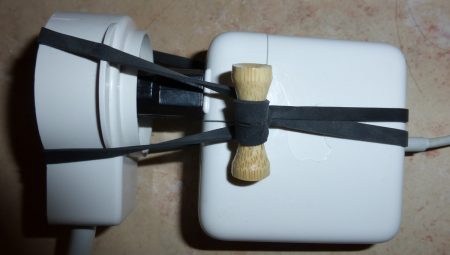 Adapter – not always an easy or good solution

Apple’s well-recognized white power adapter has its permanent MagSafe or USB-C cable to your MacBook on one end and the other end has the removable wall prong that slides out along a metal stub. It also comes with a Power Adapter Extension Cable that can be used to add more length. However…

If you have 5 or 6 minutes you’re welcome to listen to my Computer Talk Radio segment that aired about this topic. (The audio wobbles for just a few words.)

Or in images…
Here is the solution to flexible travel with your MacBook! 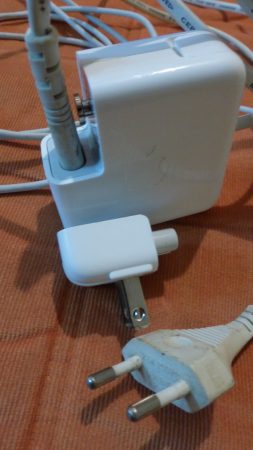 I simply pulled this unused plug from a friend’s old device in Israel. (Later I bought my own.)

You might think I am going to tell you about some brand of other country’s power plug that fits into the Apple Power Adapter. Indeed, they do exist. But they are bulky and don’t provide extra length to enable you to move away from the wall socket.

Instead, the solution is as simple as a spare generic cable for the country you’re visiting!

A generic C-7 — aka “Figure 8” — unpolarized (unpolarized) plug that goes into a printer, PC power adapter, CD player, old cassette tape recorder, or such actually works to power your Mac power brick! They cost about $5 in most countries. The UK version is closer to $10 because it’s a more intricate plug.

So for $5 or so, or for free if your hosts have an unused CD player lying around, you can use your host county’s wall socket and have zero issues with the brick falling out of the wall. Plus, you more than double the distance your MacBook can be from the outlet — even longer a distance that Apple’s beautiful but heavy official extension. (And you don’t have to lug that extension cord or adapters!)

Is it safe?
I know you’re wondering. Yes, it is safe. In late 2014  was given this tip by engineers at Delta, the company that designed and builds that power supply for Apple.

I’d always assumed — (not wise to do!) — that the metal stub in the brick was there to block us from using a different power cord. But it’s not!

That metal stub was actually designed to a height that allows us to use an alternative power cord!

Incredulous, I questioned the Delta team. If we’re using an unpolarized (unpolarized) plug, then are we losing grounding that we should have? I was assured by them that the only difference is that, at times we might feel a bit of a tingle where we rest our wrists.

I started using C-7, Figure 8, extension cables in September 2014 and as of May 2017, I have only felt that tingle on my 11″ MacBook about 8 times, always when I was very tired and/or my hand was wet.  Working on a 15″ or 17″ in Germany in 2014, I felt that tingle a bit though and a friend who uses the larger Macs also reported tingling. He was never bothered by it.

Even when I am back in the US with my Apple Extension Cable, I carry a generic Figure 8 in the day bag I take on the go.

Here’s what the C-7, aka Figure 8 power cord looks like. These are my USA and my Israel cords. 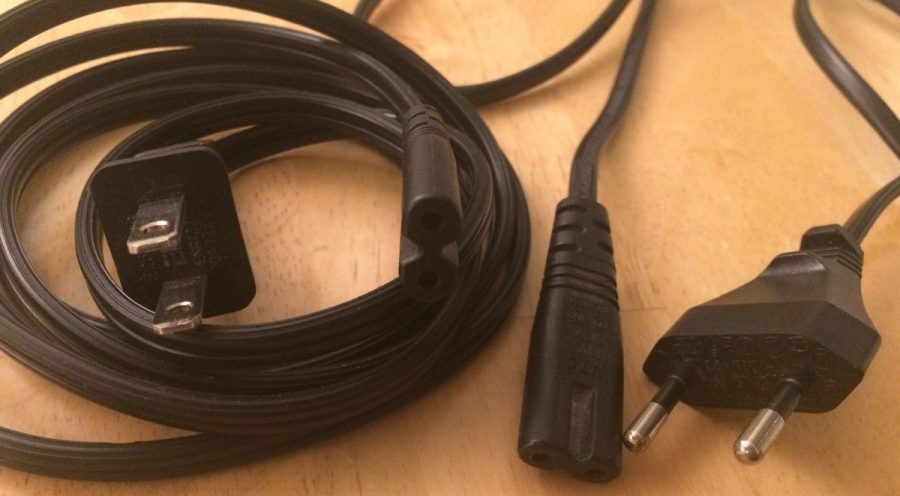 My C-7 (Figure 8) power cords for the US and Israel. (Europe and Israel are typically the same plug.)